You are here: Home / White Tuna (Albacore) or Yellowfin Tuna?

Both White Tuna and Yellowfin Tuna belong to the tuna family and are the most sought after in the culinary world. However, there are significant differences between the two.

White Tuna (Albacore), also known as Bonito del Norte, is considered a superior tuna for its exquisite flavor, smooth texture and white tone. Yellowfin Tuna has a reddish color and the texture is not as fine, yet it retains a pleasant flavor.

Yellowfin is also larger in size. Bonito pieces are smaller, around 10 kilos, and higher in oil content.

A fish that has a fusiform body and is characterized by the length of its pectoral fins, hence its scientific name “alalunga”, or “hegaluze” in Basque. It has a metallic dark blue coloring on its back and the sides and belly are silver. Both colors are usually separated by a band of iridescent blue.

The Bonito del Norte – White Tuna fishing is carried out during the summer months in the Gulf of Biscay using traditional fishing methods and ecological selective. This exquisite treatment given to pretty guarantees the quality and freshness of it, which does not happen with other less selective fishing gear.

Bonito del Norte white tuna are born in the Sargasso Sea where they migrate from as adults and group in schools of individuals of the same size to make two types of migrations during their life cycle.

After their first year of life, they begin their migration to the Azores, Madeira, and the Canary Islands to spend the winter. During the second year and coinciding with the end of spring when the young tuna are about a half meter in length, the schools migrate in search of food along the surface, reaching the Bay of Biscay. They remain along our shores until autumn when they begin their return to their place of origin.

This trophic migration is repeated over two more years. During the third year they reach sexual maturity and become more solitary, delving into deeper waters and changing their migratory route.

Bonito del Norte white tuna is one of the pillars of the Cantabrian coast’s economy and is one of the species of greatest commercial interest. It is during the summer months when the schools of tuna venture into the Bay of Biscay our fishermen catch them one by one using traditional methods that are selective and environmentally friendly. This exquisite handling of the tuna guarantees its quality and freshness which does not happen with other less selective fishing methods.

During the summer you can find fresh white tuna at our markets. Being that it is a highly perishable product, it must be surrounded by ice in order to prevent bacteria growth and spoilage. Once purchased, it must be kept refrigerated, perfectly clean, and be consumed within 48 hours of purchase.

It takes well to being frozen (-18ºC). It is recommended that you vacuum pack it first or cover it with plastic film to keep it from drying out and transmitting odors. It will keep in good condition for about three months.

The most common form of consumption is canned and it is the only species that may be sold under the name “Bonito del Norte White Tuna”. The most sought after canned products contain olive oil because of the flavor it adds and its renowned nutritional properties. The most common form of packaging is in a can, however it is becoming more and more common to package it in glass jars. They have been filled manually, one by one, and are sold for the highest prices on the market.

Bonito del Norte white tuna is an oily fish whose nutritional composition is similar to that of the common tuna:

The Yellowfin Tuna is caught by tuna vessels have the latest fishing and conservation technologies to the product arrives in immaculate quality. They use techniques purse seine fishing method through which the By-catch or bycatch of other species represents only 0.5%, below the other gear.

The Yellowfin Tuna, like the White Tuna is an oily fish like protein, although it is a little greasy. Also resemble the content of water-soluble vitamins and minerals from group B, but the tuna contains more fat-soluble vitamins A and D.

Want to know how to cook tuna and Bonito del Norte white tuna?

Visit our recipe section and discover the variety of healthy dishes you can cook with them.

Scroll to top
This website uses cookies to ensure you get the best experience on our website. If you continue browsing, we consider that you accept their use. Got it Learn more
Cookie Law
Necessary Always Enabled
Stay at home | Restate a casa | Restez à la maisonWe'll take your order to you | Vi porteremo il vostro ordine | Nous vous apportons votre commande 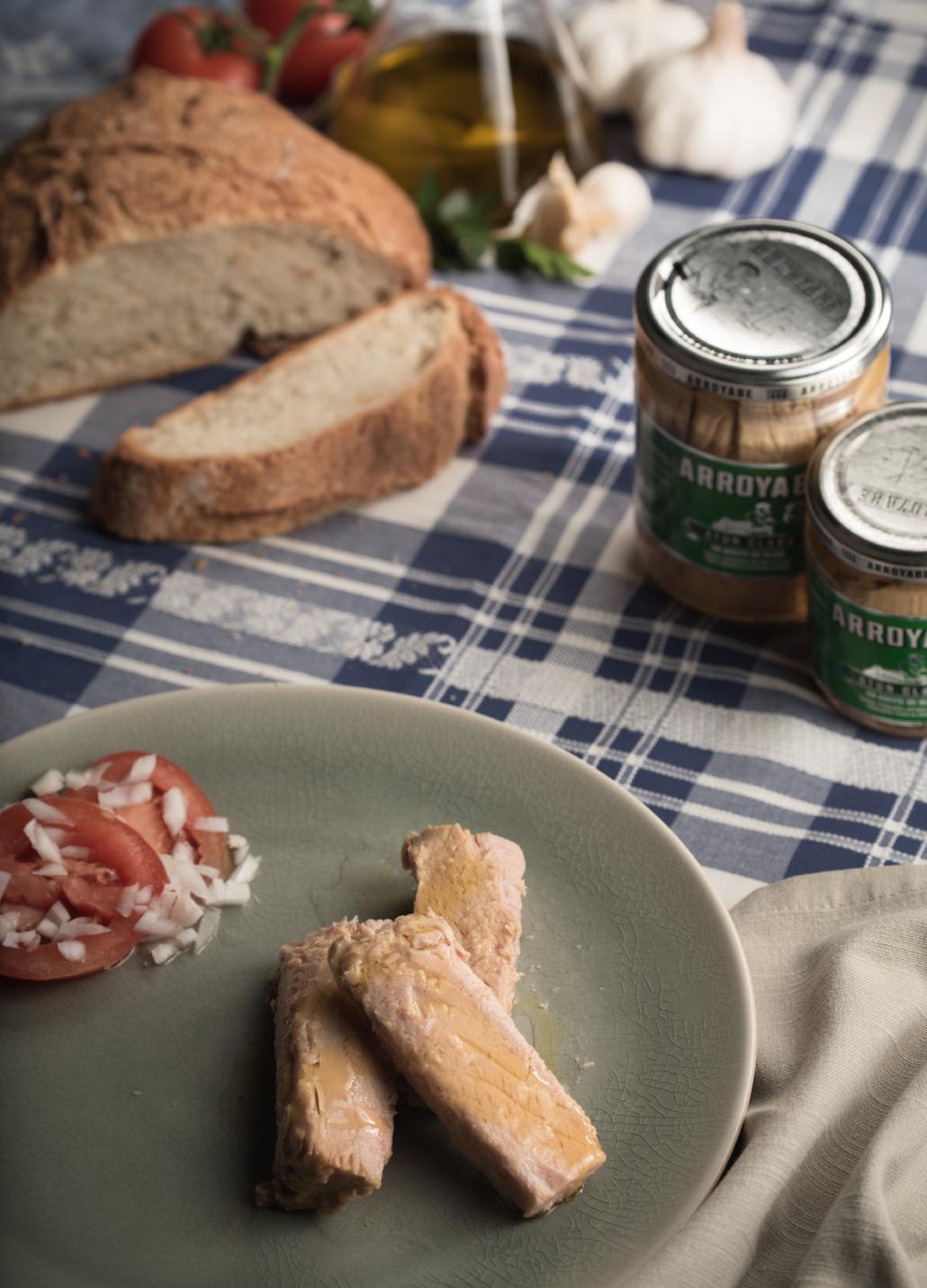 Responding to the queries made by our clients, we communicate that we continue sending the orders at home with total normality, being this the only way of sale until the end of the confinement.

Use 🦠COVID🦠 coupon for 10% discount. You really deserve it.

Stay at home, we will take the best preserves to your door.